Keith Travers, a passionate stop-at-nothing hockey dad with two athletic young boys growing up here in Toronto was recently featured in Heads Up Dad magazine describing his DIY backyard ice rink.  Its a great article that describes in shameless detail how things didn’t always go so smoothly back there.

Keith is the CEO of Eastview custom homes in Toronto and as such he has the skills and tools necessary to fashion a flawless ice rink, a true ‘design and build’ backyard attraction. His stunning winter skating park has evolved over the years, alongside an equally sophisticated system for making the ice.

On the surface this appears to be a simple skating rink, but the article breaks down the intricacies and explains his method and how’s it has evolved over the years. The author quotes Keith’s own words as he explains why he does things he does in the order that he does them, and why his way is best when it comes to fashioning a neighbour-friendly skating rink in your backyard.

Making a home hockey rink like this is not as easy as it looks, as Keith will tell you, and that’s partly because Toronto’s winter weather is quite unpredictable. It could be a crisp hockey week right up until Saturday when it pours rain, or worse is a bright sunny day that climbs to nine degrees.  Skating on the ice in that climate would ruin the surface, but it would be under an inch of water by then anyway. 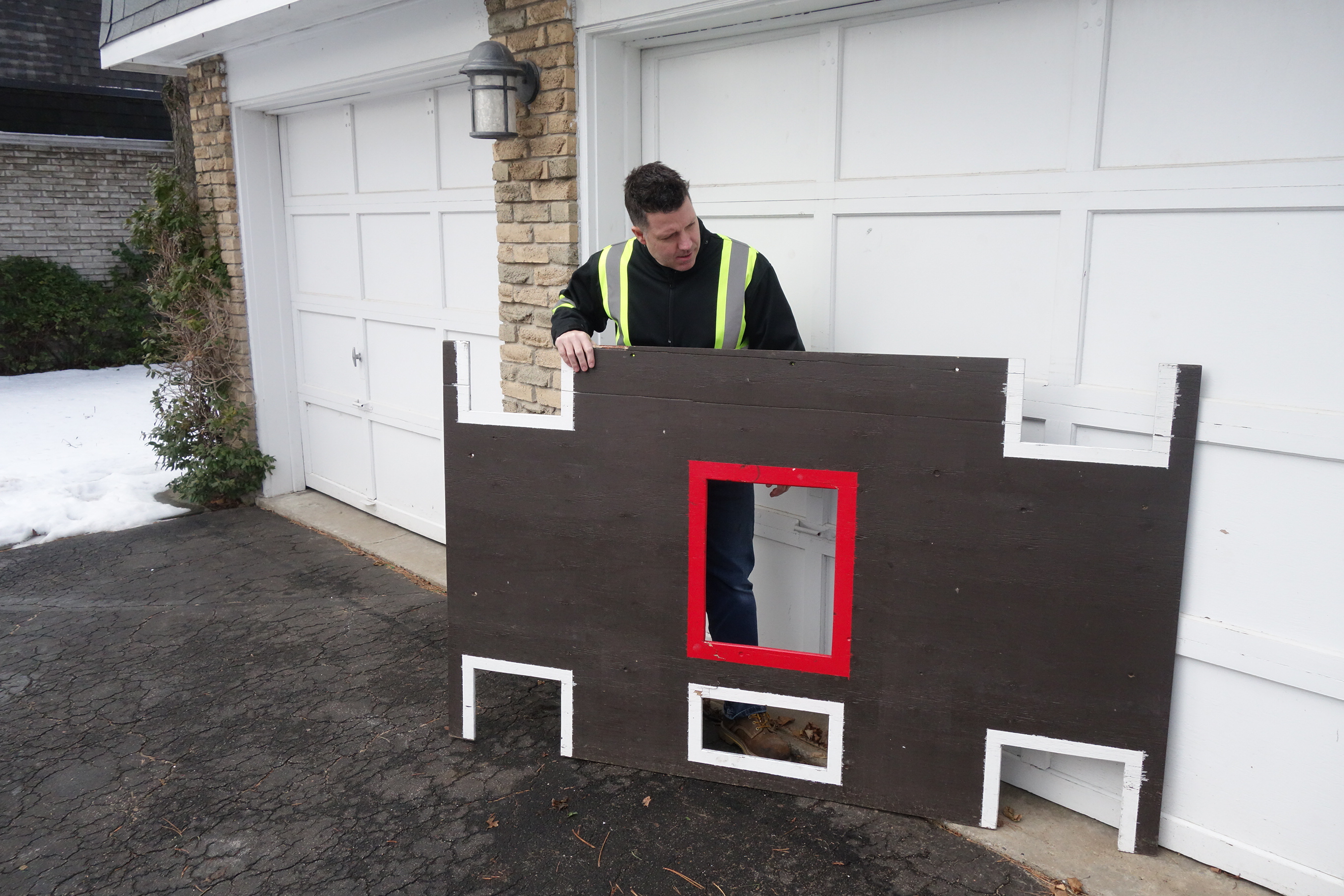 How To Make A Backyard Ice Hockey Rink

Keith starts by leaving the grass long because he believes it gives even more cushion and acts as aggregate in the snow pack which precedes the ‘filling’ of the rink area with water.

After the plywood rink boards are up, and his special made plastic liner is down, and the weather appears cold enough for the duration, then Keith orders the water truck. Keith doesn’t mess arpound with the garden hose – he buys 3000 gallons of water straight up and has it delivered at night,or in the evening.  He wouldn’t say how much he pays, but as the same company has delivered the load every year, it must be a real good rate.

The best ice thickness is between six inches and eight inches as that wont crack or melt away to oblivion on warmer days.

Next year Keith says he plans to make benches and a better warmup area to avoid the congestion at the backdoor of the house.