What Happens When You Leave Your Dog Outside On The Balcony For A Day? 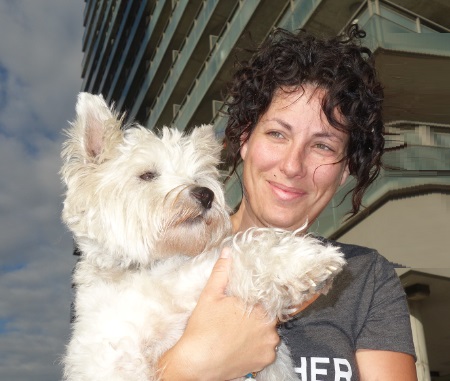 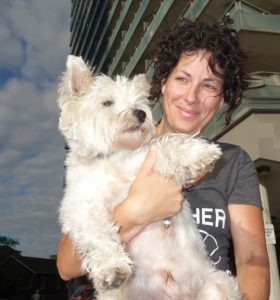 Sally Kitchener learned a hard lesson after her boyfriend left their Scottie dog on their condo balcony while he played golf.  The barking was recorded by tenants and appeals for help were made on social media. Toronto Police Services visited the couple later that night and issued a Nuisance Barking charge for $143.75. Sally paid the fine online and broke up with her boyfriend. But not before she made him sleep outside on the balcony!

Too many young people living in condos believe their unit’s tiny balcony can serve as a backyard and a place where pets can do their business when they’re not available to walk them. These people are wrong. They’re being cruel, and they’re breaking the law.

And with good planning and proper dog training there’s no need for such extraordinary measures. 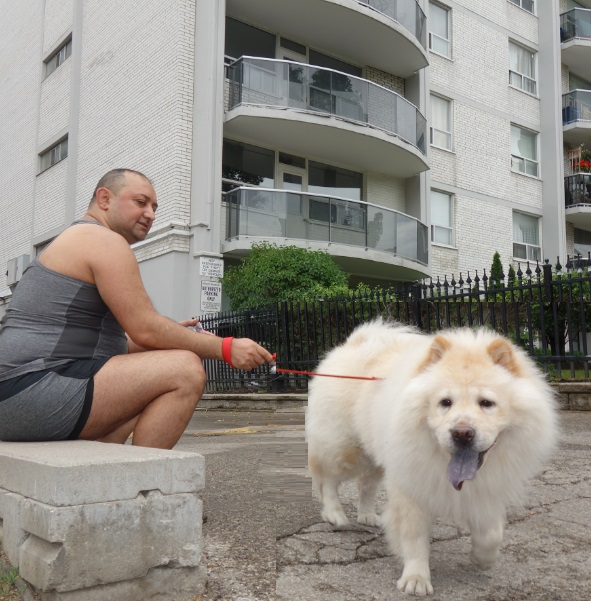 A recent blog post on BarknYapp details how to train a dog to ‘hold it’, and obey a regular bathroom schedule which is usually three times a day – morning, after work and before bed. There are dozens of good quality doggy daycare’s in Toronto where you can leave your best friend for extended periods of time.

The Rules for Pet Owners Are So Relaxed in Canada, that even cruel murder, starvation and negligence is condoned.

Because the rules are so lax for dog owners in this country, heartbreaking accounts of animal abuse are sometimes tolerated by law enforcement and the public in general.  This is a good reason to get even angrier at the rising balcony abandonment phenom that’s gripping Toronto’s downtown core.
Everywhere you see a tall glass tower in this city know that there’s a couple hundred dog owners who must frequent that building’s fenced off dog walk area. 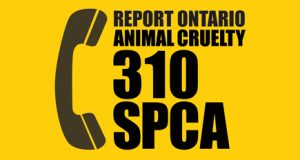 The necessary outdoor amenity provides pets some much needed off-leash exercise room and some ‘green space’ to use for a bathroom. But most dog walk areas in downtown Toronto are tiny and so well used the grass is long gone and the dirt has been replaced with gravel. Some areas are entirely paved. So it really isn’t too hard to understand where a condo dweller could get the idea that their balconies could double for the distant concrete dog park. 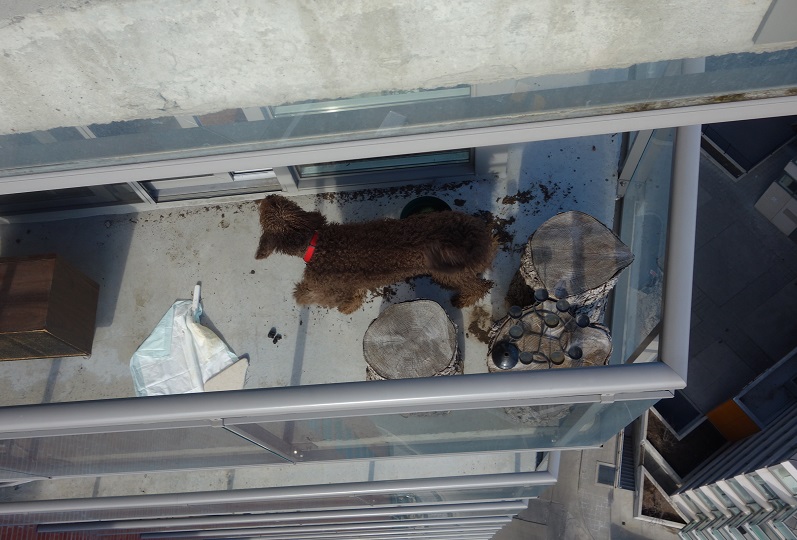 A condo dweller’s decision to lock his or her dog outside on the balcony all day can turns their neighbours’ lives into a living hell.  The animals bark nonstop and will make a smelly mess that could disfigure the building façade; the yellow puddles of dog pee that drip down onto the balconies below will certainly attract flies in the heat of the summer.

Nuisance Barking – Most dangerous for the dog owner is the noise complaint that’s sure to follow their balcony abandonment experiment.  A barking and whining animal can be correctly perceived as a dog in distress. If it’s a hot day and an irritated neighbour calls Animal Control, the agency will rush out an investigator who will leave a door card if the owner is away. If this agent believes there’s an imminent threat to the dog’s safety, they may choose to rescue the critter at that time. To accomplish this legally complex maneuver, he or she will need to seek out a magistrate and expedite a warrant, and call for Police back-up to open the door and seize the animal. 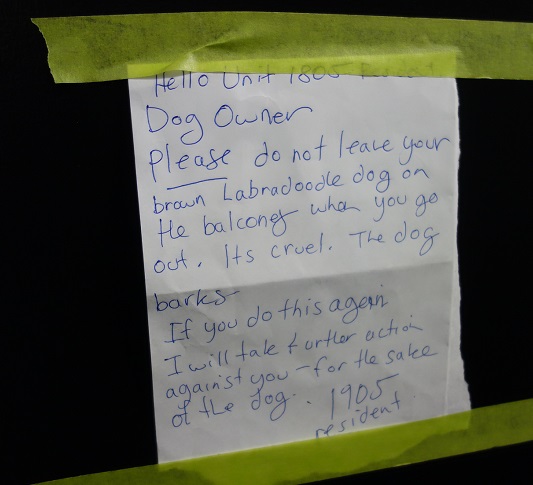 The law is from the Dog Owner’s Liability Act, R.S.O. 1990. I’ve truncated subsection 13 paragraph one, to read as follows,
Warrant to seize dog
13. (1) Subsection (2) applies where a justice of the peace is satisfied by information on oath or affirmation that there are reasonable grounds to believe that,
(a) a dog is in any building, receptacle or place… (b) it is not desirable in the interests of public safety that the dog be in that location. 2005, c. 2, s. 1 (16).
(2) In the circumstances described in subsection (1), the justice of the peace may issue a warrant authorizing a peace officer named in the warrant to enter any building, receptacle or place, including a dwelling house, to search for and seize the dog and any muzzle, collar or other equipment for the dog. 2005, c. 2, s. 1 (16).

Just about any dog that’s been abandon on a balcony will start to bark or whine after a few hours in the sun, wind or rain, or when left out in the cold. Even on perfectly fair weather days, a dog will bark or whine when it has to go the bathroom (and doesn’t feel right about doing its business there), or when its hungry or thirsty.

One disturbing incident happened last winter in Liberty Village and made the headlines in a local newspaper – a dog was left outside in minus-five degrees’ weather. The police and fire were called, and they in turn called the OSPCA who showed up with a warrant to enter the premises and seize the dog. It was a big deal at the time, but in the end nobody was charged and the dog owner got a slap on the wrist.

Something did come of it however.  In response to the public outcry that resulted from the neighbours’ pictures and video, Todd Hofley, the president of the Liberty Village Residents Association set about proposing new regulations that would allow building security the right to enter the offending unit and recover pets abandon on the balcony. No word yet on how well this measure has been adopted.
Please use our Facebook enabled comments section below.to add or share this story.