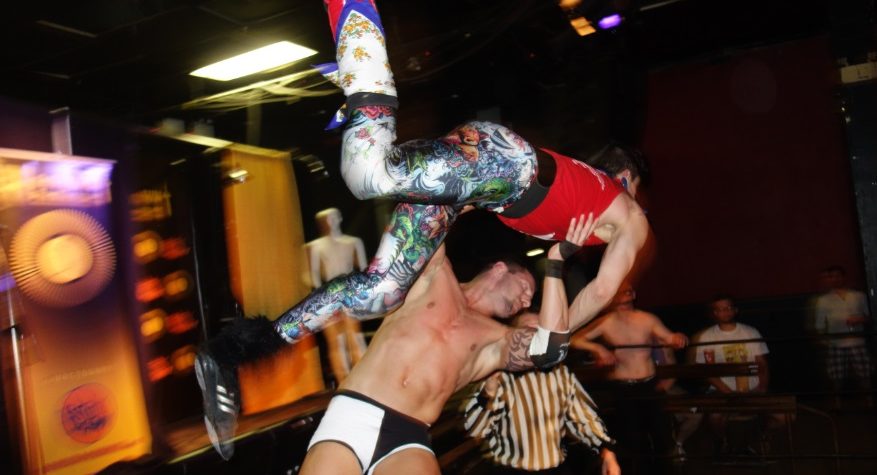 Performers who came out to sign autographs before the show found no eager fans waiting for them that day. But it didn’t matter. This big group of friends all share the same love for the sport, and most just they like hanging out in their costumes and putting hands on each other in the ring. 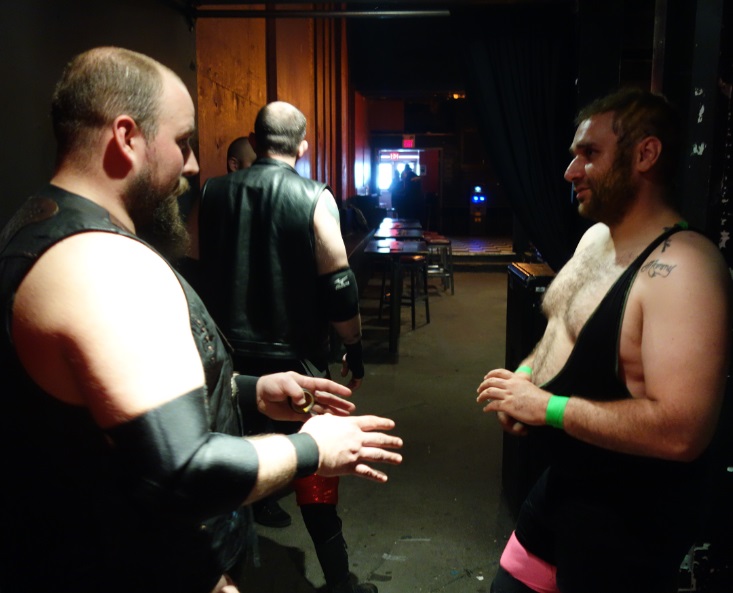 In the ring, the wrestlers transform into their alter-egos and their caricatures come complete with strong desires, distinctive speech patterns and signature moves. These men don’t think about the crowds, cameras, women or even the money they’re making at the show;  they do it so they can wear another more comfortable version of themselves in public, if even for just a few minutes.. 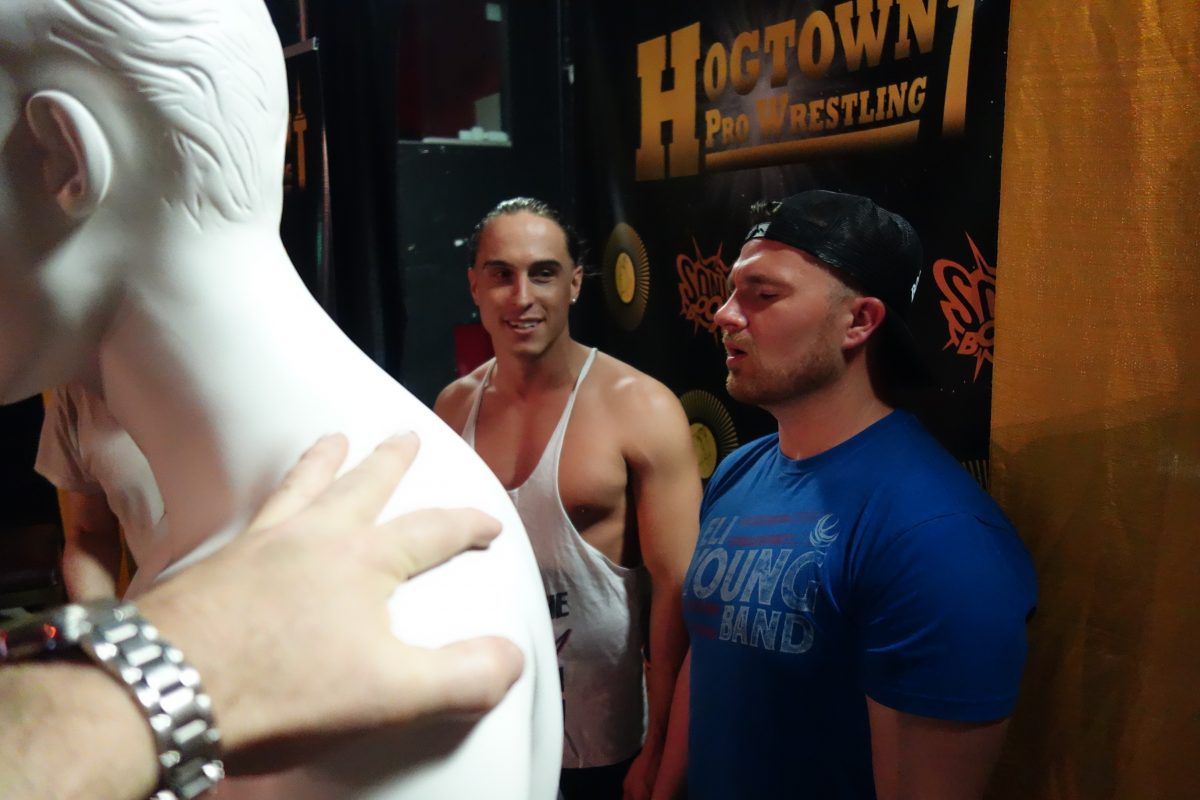 Inside Lee’s Palace, the stage area was decorated with the Hogtown banners and signage, and there were t-shirts and lots of wrestling memorabilia for sale beside the bar. 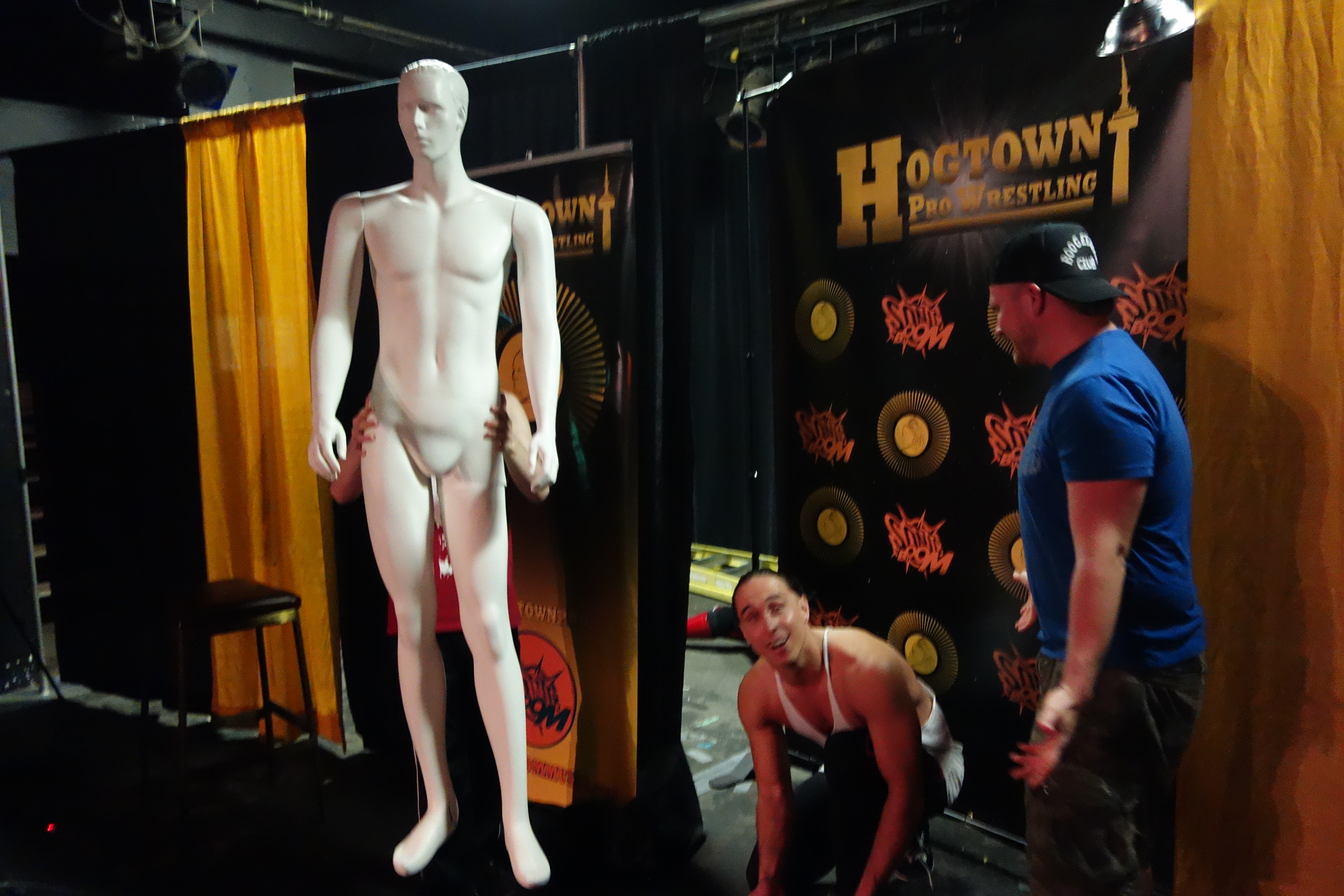 A sturdy white plastic mannequin donated by Ablelin Store Fixtures Corp in Toronto, brought the TV Title belt to life on stage behind the wrestling ring.

Lee’s Palace is a great place to watch a wrestling show because the venue is the perfect size with three dimensional elements adding to the experience for fans. What I mean is, when hosting a show inside this venerated Rock and Roll music hall, the ring is assembled in the central dance floor area which is a three-foot depression in the center of the club. 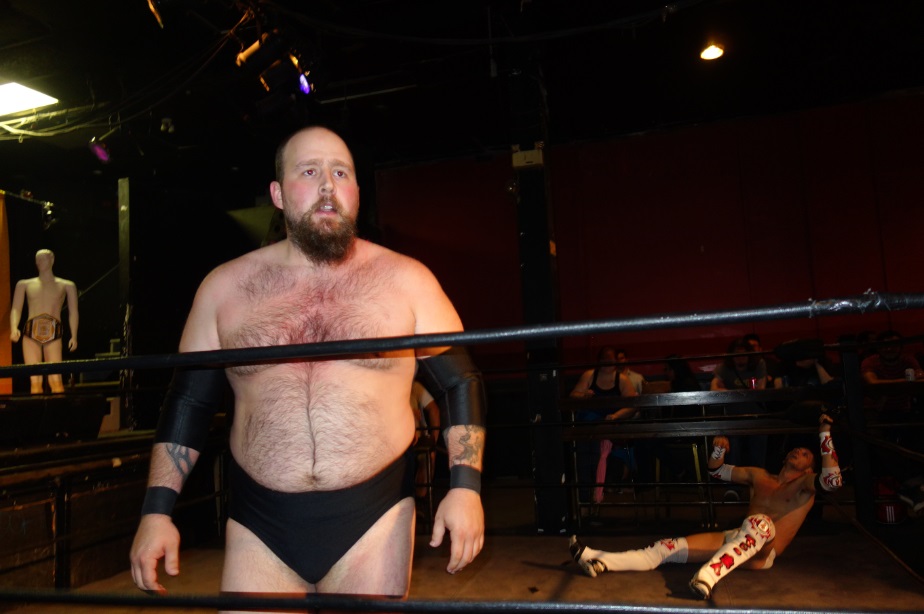 This layout offers a unique perspective for wrestling fans who end up sitting higher than the mat. At Lee’s when the wrestlers climb the ropes they are for a few seconds face to face with the crowd and this makes for some remarkable audience exchanges and photo opportunities. 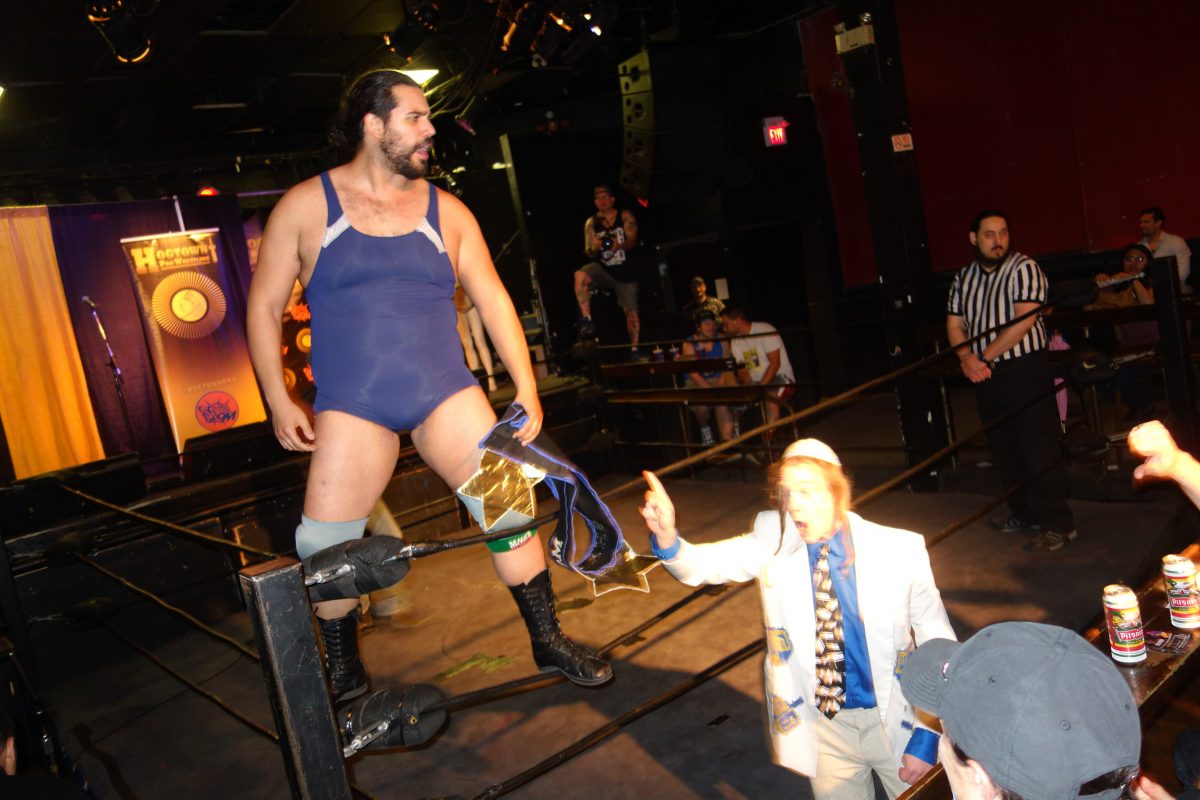 The first official match of the tournament saw former Openweight Champion Goliath Ayala take on the newly christened Masked Quicksilver. Goliath lost and his manager accused him of being a phony which is good drama.

In this showdown that happened before the final fracas, the wrestler known as Rage faces off against the Sumerian Golem. Rage uses his ‘pounce’ signature move to win this match, eventually.

Below is The Hacker caught in a high kick on the ropes while fighting Butch Gunnerson. 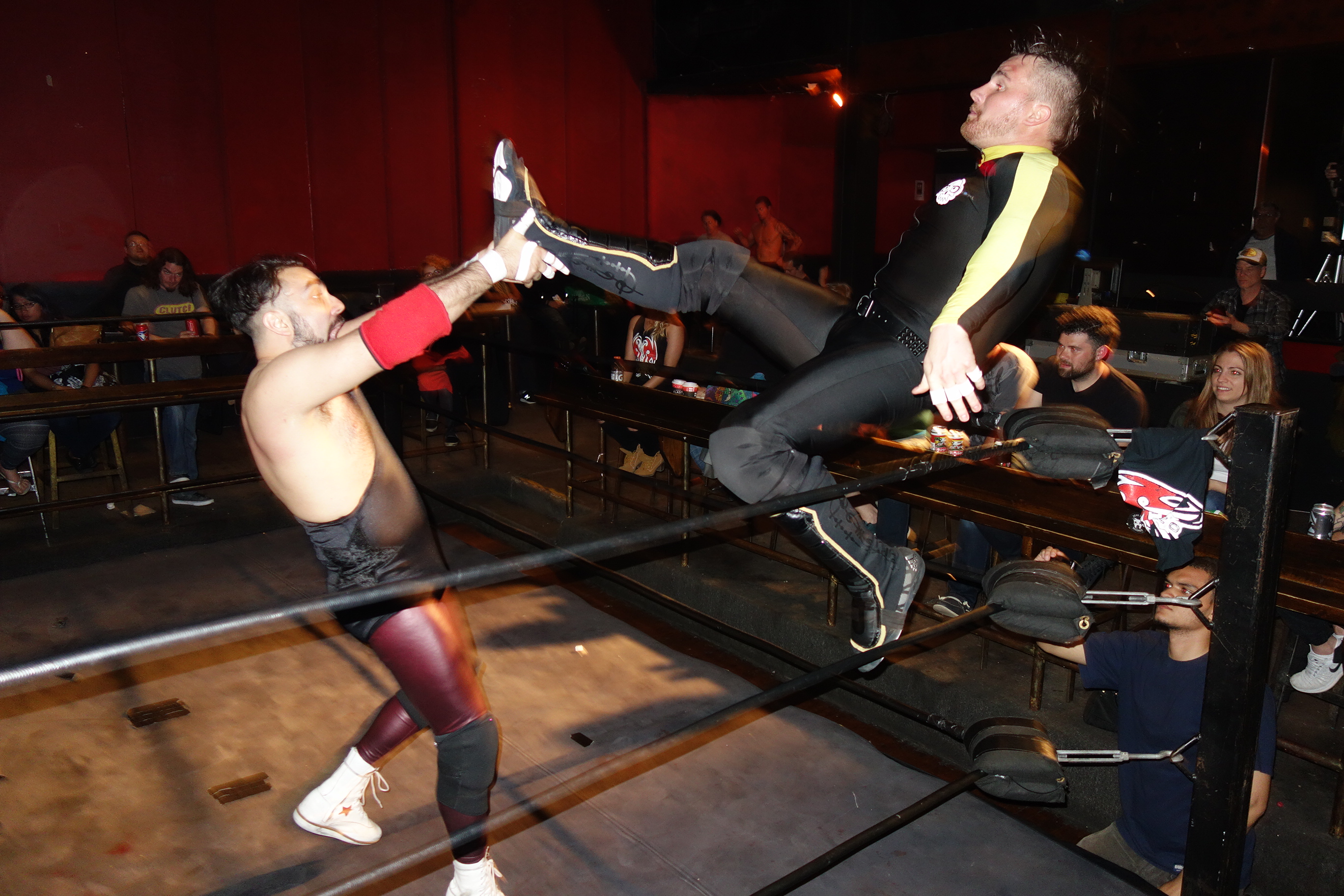 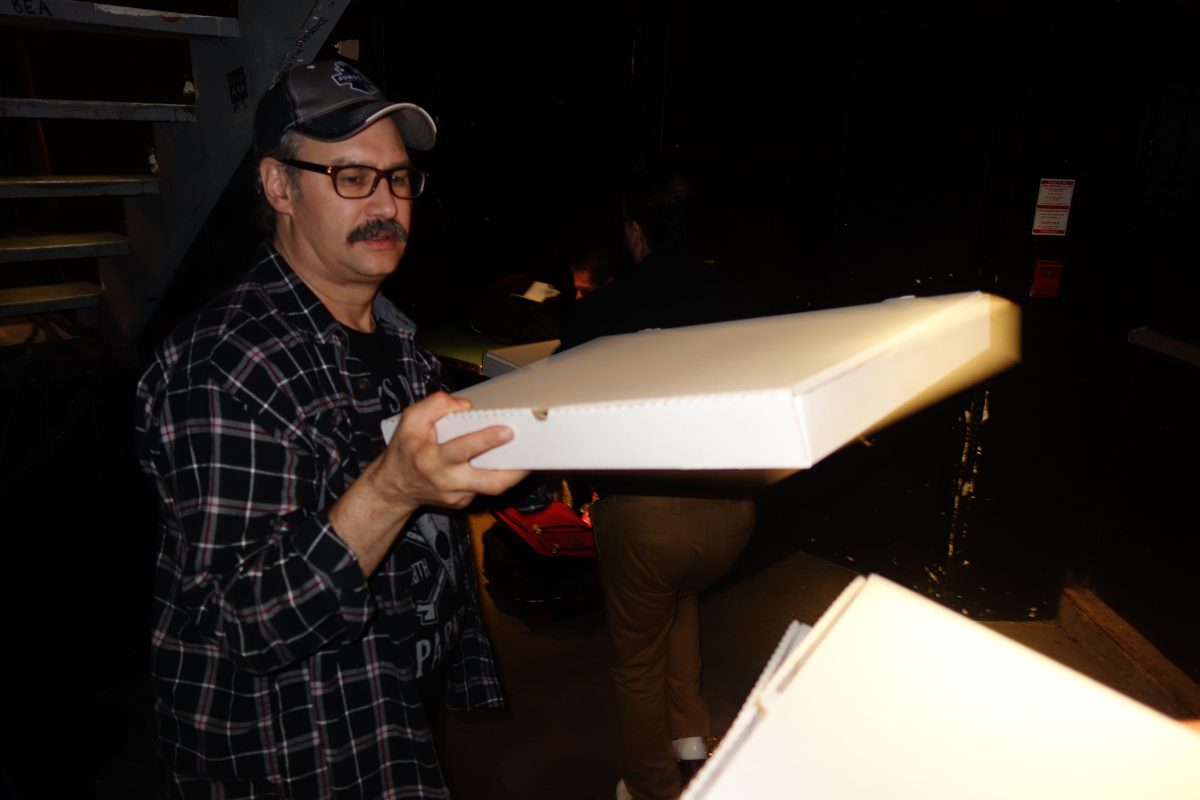 Pizza is always part of the plan. 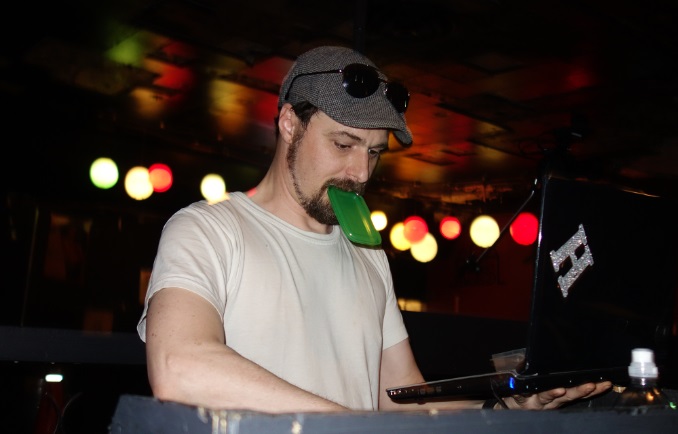 Jay Nadler (AKA Hutch Henries) is the tireless administrator  behind the Hogtown Wrestling events, and for Super Slam Five he posted a sophisticated schedule that would see a multitude of skilled wrestlers square off in separate matches with the final being a five man ‘circle’ match. 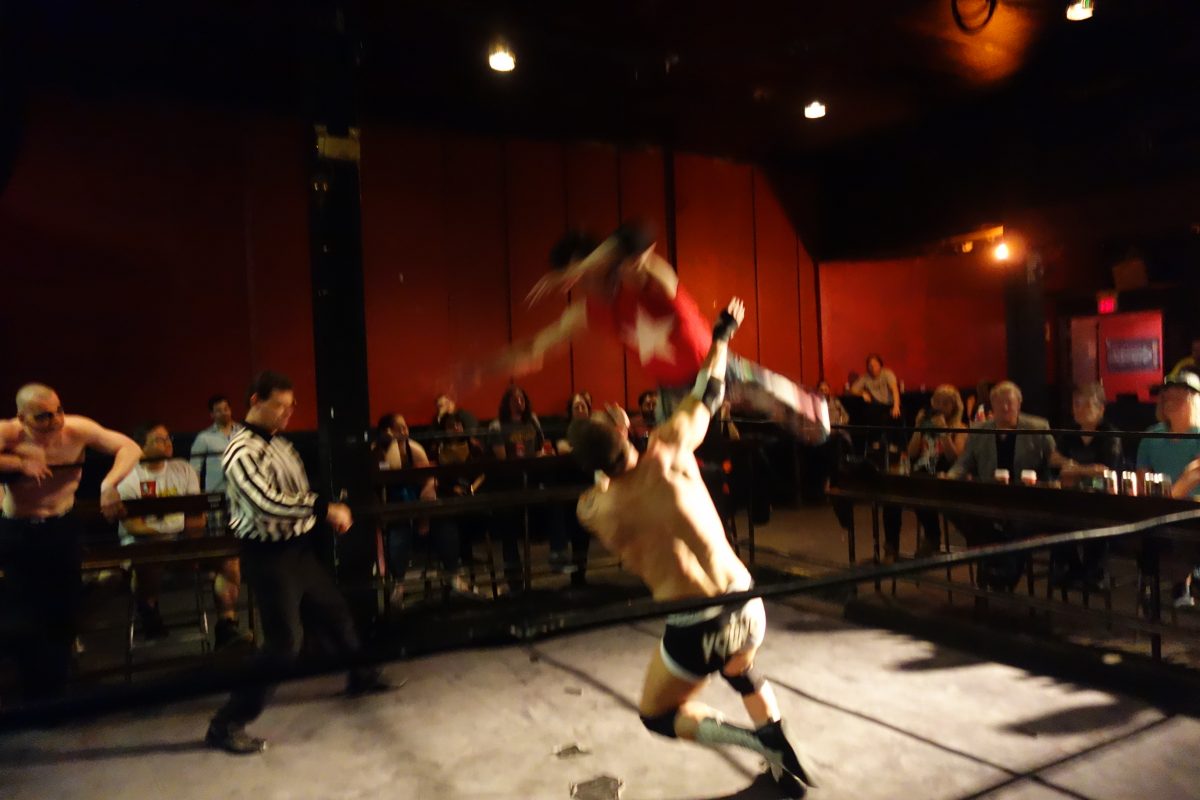 Super Slam Five lived up to its name as there were ten wrestlers ready to take the belt and all of these athletes had been waiting years for their chance (except for two heroes who were past Champions). So on that fateful Sunday afternoon, the end-of-an-era, administrators of the wrestling league decided to have a tournament style competition and give every athlete a chance at the highest prize, which is the Champion’s Title Belt.  The recipe was simple; there would be five matches of one on one wrestling with each winner advancing to a final Five Man Circle Match to decide the new Champion. 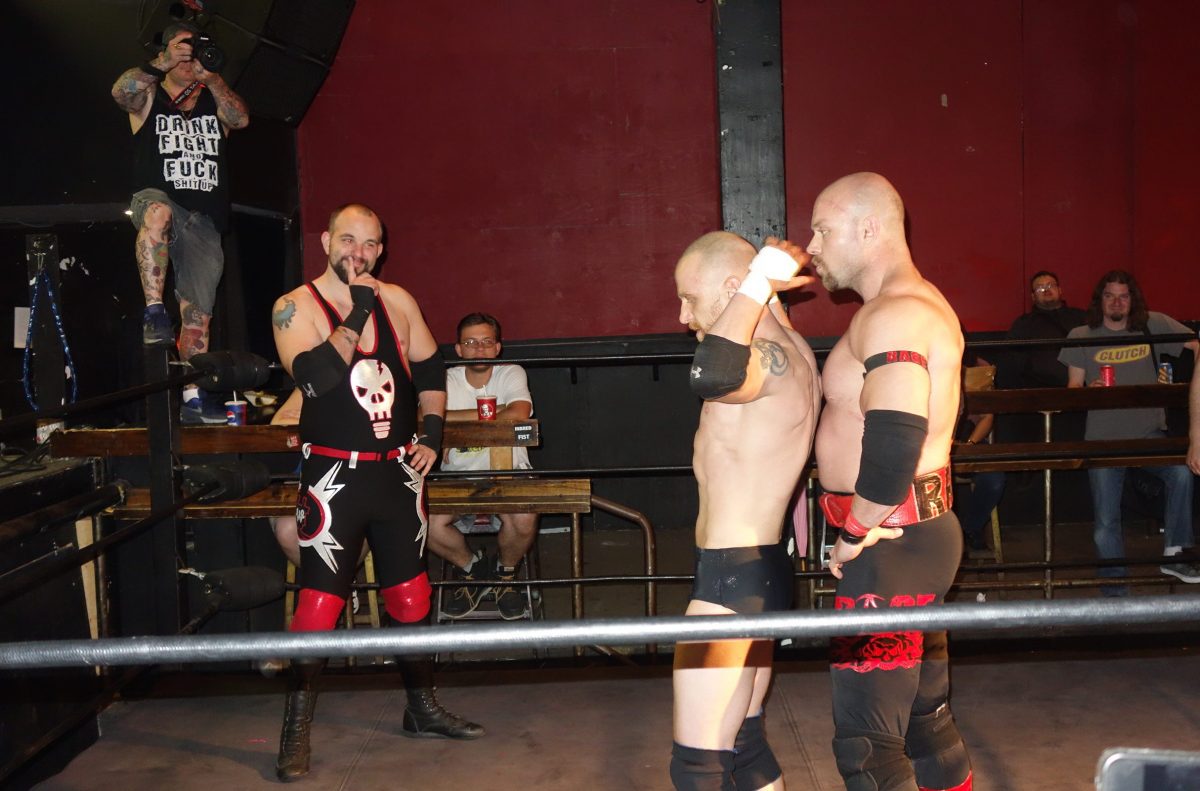 And that’s just what happened. The final five wrestlers squared off against each other, every man for himself, in the last and most exciting match of the event.

And the story ended with a twist. A handful of evil wrestlers let by Mysterion the Magician appeared and bought the league and foisted new terms on the rest of the roster. 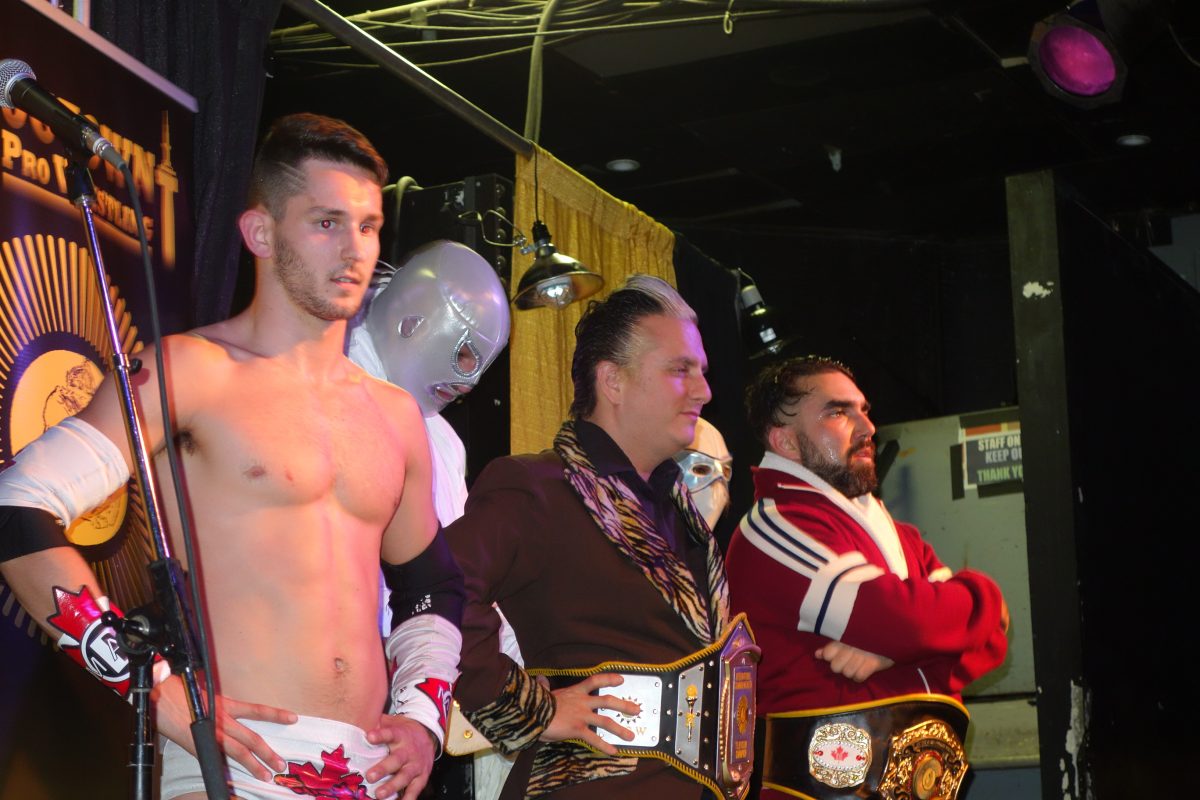 If you follow these sagas you’ll note that the villain seldom wins in the end and just when you think its over something happens to save the hero and in this case, the whole wrestling league. And so fans are left wondering… whats next for Hogtown Wrestling? 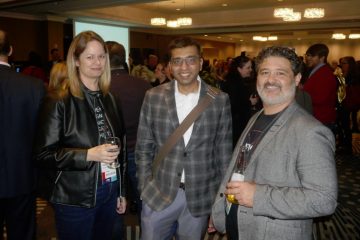