Gordon the Bicycle Mechanic at MetroCycleTO 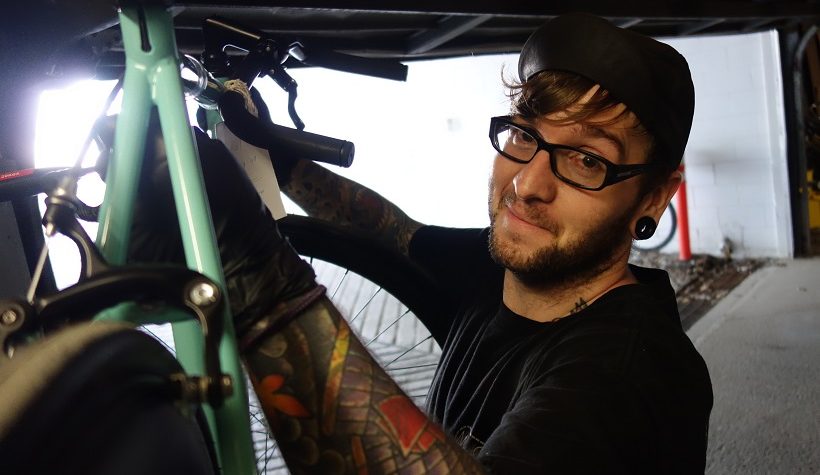 The first warm Saturday morning in June is probably the worst time to visit a downtown Toronto bike shop looking for deals on new and used bicycles. Demand often exceeds supply at these peak times, and the staff is usually too busy doing a brisk trade in parts and repair to barter for any new business.

But not Gordon at MetroCycleTO. Working alone in his subterranean bike shop at 1266 Queen St. West. Toronto, Ontario the mechanical engineer answers questions and sells bikes while continuously tinkering away on an upturned bicycle in clamps at the back of his bunker.

MetroCycleTO is a locally run bicycle repair shop that sells bikes and has rentals in the Parkdale neighbourhood of Toronto.  Gordon specializes in one on one, friendly & affordable tune ups for commuters and bicycle enthusiasts of all ages.  His high quality and very personal service ensures you get full enjoyment from riding a bike in the city.

On Saturday morning the 10th June 2017, I ‘followed the path’ as the MetroCycleTO street signage suggests, and found myself on Abel Street looking down at the open door of a parking garage under a two story commercial building.

It felt strangely like a trap.   I proceeded slowly, snapping pictures and was intrigued to find a capacious garage with Gordon’s busy kiosk in the corner. The dusty car-park has some collectible automobiles under wraps but is otherwise empty.  The whole situation feels temporary – so let this post on Sharing Toronto document this moment in time.

Gordon the mechanic here gets props from this author for how he handled my polite request for free air,  while answering another shopper’s queries about bicycle lights and all while hard at work doing repairs. 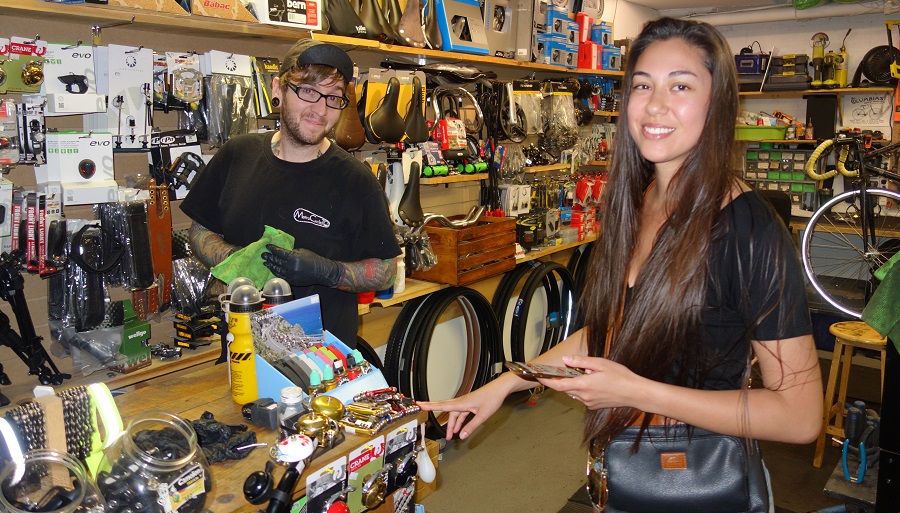 Gordon, the mechanic and proprietor of this shop has been fixing things with wheels since the age of ten years old, as it says on his WIX website. He’s been living and working in the Parkdale bicycle scene since 2007. Gordon has been a mechanic in many bike shops here in the city including Urbane Cyclist, Assembly Plus and he was a frequent volunteer at Bike Pirates the iconic cycling culture collective on Queen W. Gordon has also ‘toured’ , cycling and fixing bikes solo across Canada in 2007 to raise money for the Lymphoma foundation of Canada. The guy has a big heart and is a sincere sweetheart.  Female cyclists love him (read the reviews for MetrocycleTO on Yelp). 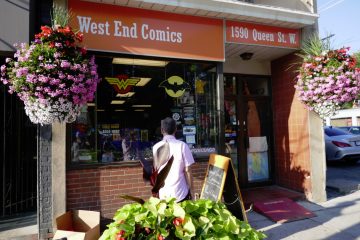